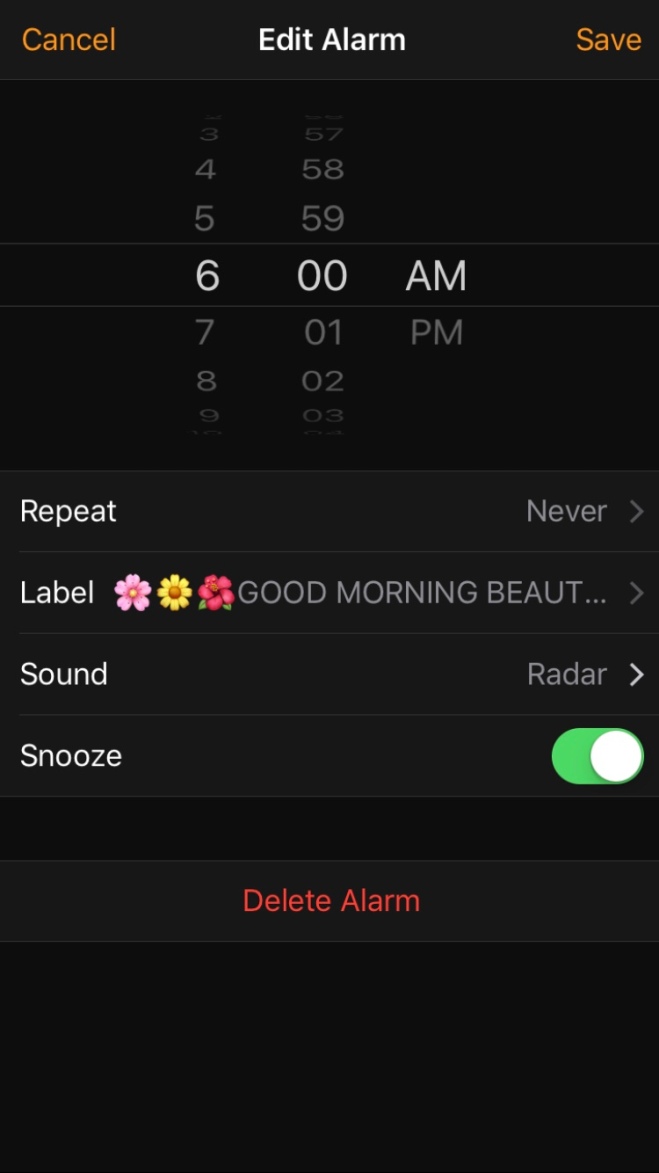 This morning, as I scrambled to snatch and strangle the culprit of what I considered the most dreaded sound to have ever pierced my ear drums, I had already begun to try and come up with a legitimate reason to call out of work. I was exhausted and wanted to go back to sleep. I didn’t hit snooze but I did decide to set the alarm for thirty extra minutes.

Honestly, I didn’t get another second of sleep during that thirty extra minutes. I just kept mulling over any reason I could possibly think up that I could use to call out. Nothing sounded legitimate and I absolutely refused to lie about a reason for calling out.

Any of you that know me well, know that I despise calling out and rarely do. I do believe that situations arise that make it super legitimate to call out, but some people look for reasons all the time and actually use them. Those are typically the co-workers I do not respect. (This is not to be confused with scheduled vacay days. Scheduled vacay days are a must when trying to maintain sanity.) But, I believe that when you agree to work for an agency…you agree to work for an agency whether you feel like it or not. They pay you whether they feel like it or not, right? So, with a little bit of work ethic, let’s come to work people. (That was my version of a public service announcement and general pep talk. Ha!)

This morning I kept hanging out on my pillow. I didn’t want to talk to anyone. I didn’t want to copy/paste a smile today. Making small-talk seemed positively abhorrent. I had no desire to do anything productive. No motivation. No energy. But still, I had no true or legitimate reason to not go in to work. I wanted so badly to call out just because but I could find nothing honorable in that.

Why didn’t I want to go? I love my job. Some would say that with drops of sarcasm but I do truly love my job.

I came up with absolutely nothing. So I got my behind up, nursed a huge cup of coffee as I sat on the couch and stared off into space and then left for work. (Somewhere in the mix, I did brush my teeth as well.)

As I turned the first big curve in the road, my thoughts began the old familiar slide show that is so common for my morning commute. With the steering wheel in one hand and coffee cup in the other, I allowed my mind to flash to my sweet little mama. I watched snippets of her final days and mulled over priceless conversations that I will cherish for the rest of my life here on earth. I pictured some of the wonderful, intentional moments spent with family during her last year; laughter, tears, hugs, food, more laughter…did I mention laughter?

I thought of all the things I absolutely long to tell her; things that I know she would want to know. How Dad is doing, what is new with every single person in her little family, if we are taking care of Dad as we had promised. Hunter is doing an amazing job in band and loving it. Kelsi is beginning college and has the world at her fingertips. Zack is now a band director and lives in Florida. Madison babysat this summer full time and did an amazing job. Lee and Ana are killin’ it with their college classes. And p.s. Lee drove me in his car and I almost peed my pants…it was the most exhilarating feeling in the world! Ha!

Before I knew it, silent tears rolled down my face. Not a loud ugly cry…just the silent I-miss-my-Mama cry that is part of who I am now.

I’ve learned that, for now, sorrow and hurt still well just underneath the surface, waiting to burst forth whenever I will let them. Just underneath the smiling face that says “I’m okay” are tears that wait patiently, ready for a moments notice for the go signal. I miss my mama.

After the tears dried and my thoughts cleared, I had a very important epiphany for the day.

I was actually not running from anything earlier this morning. I was trying to run toward the grief that engulfs me sometimes. If I had listened to the hints my body gave me this morning, I would have stayed home to grieve appropriately today. I tell my families often to not run from their grief, embrace it, ride the waves, feel the pain, but always, no matter what, be honest and truthful about where they’re at for the moment; get it out in some healthy way. I apparently haven’t listened to anything I’ve said during the last 18 years of working with grieving families. (I’m apparently a slow learner.)

Yes, I arrived at work with a mildly red nose and puffy eyes…no make-up remained whatsoever…but everyone showed kindness and it was never mentioned. I sat down at my desk and got on with the work day. Busy with stuff, my mind shifted fairly easily from my little mama to other things. I was okay. But had I done myself an injustice? Maybe if I had just allowed myself to remain at home today, I would be a little ahead in this crazy game of grief. Maybe I would still be as far ahead of the game because I at least gave myself the hour commute to spend with my grief. Who knows…certainly not me. I’ve learned that, for the most part, grief is a guessing game where flexibility is a must.

Sipping coffee tonight and wondering who noticed how I set my alarm to address me each morning. Ha!!! Also wondering if you can tell the oftentimes capricious nature of grief through this entry…tears and sadness this morning; laughter and light hearted comments tonight. ~paula

I only know how to tell you about me by telling you the things that I love, enjoy and can't seem to get enough of. I love worshiping Jesus by serving on the praise team at our church. My mama taught me the love of music and I intend to carry out that life until God says that's enough. My next love is my family; nothing better than time spent with the folks I call mine. My favorite place on this earth and where I can hear "me" best is a good ol', white sanded beach where the waves crash out every distraction; leaving only thoughts that are my own. I have other loves, but these are a great beginning. Maybe you'll learn more while you share a cup of Coffee with Paula. (See what I did there? Ha!) View all posts by iheartsw1999

2 thoughts on “What Am I Running From?”